The Strong-willed Four-Year- Old: Fear of Breaking the Spirit

I often find myself questioning whether I'm breaking my four-year old's spirit when I discipline her for her poor behaviour.  Don't get me wrong - I am not against consequences for poor behaviour (nor reward/praise for good behaviour) but seeing her in full-on 'angry' mode when she hasn't had her way, there's a part of me that is proud of the fact she can express her feelings, no-holds-barred.  Of course, there is also the part of me, who feels angered by the fact that she either won't listen to me or refuses to comply with my request.  In those moments, I too, can feel like a four-year-old, who wants to shout and stamp my feet so that my feelings can be seen and heard.  I don't, of course because I meant to be the adult, who contains the situation - right? Well, that adult, also feels full of admiration for her because there she is, secure enough that she can behave in that way and know that she will still be loved.  I also feel deep compassion for her because it's tough feeling so angry that the only thing you feel you can do is roll around on the floor until is passes (and it does pass within in a minute or two).  The last thing I want to do is demonstrate to her that being angry is wrong, so I allow the tantrums to run their course, telling myself that she has to learn to regulate her own emotions, with my support.

She can be is clear about what she does and doesn't want and likes to point out my mistakes to me, particularly focusing on my double-standards: "Mummy, you said I wasn't allowed to do that but now you are doing it".  This forces me to reflect on my behaviour as she will always want an explanation from me.  She is bright, spirited and boisterous and if I'm honest, I love that she is not a 'shrinking violet'. 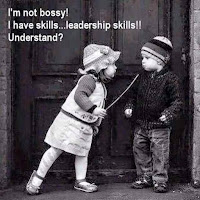 I am acutely aware that I have a responsibility to teach her right from wrong and I often find myself thinking that it's for her own good when I withdraw a treat or an activity due to her behaviour. She constantly tests me - I can see when I've given her a final warning over her behaviour and remind her of the consequences, that her mind is rapidly evaluating her next step.  Sometimes she makes a good choice and sometimes not, but when I feel a pang of guilt kick in as I return a toy to the shelf in the toy shop, while she screams the shop down and shouts, "Mummy I'm sorry, please don't put it back, I promise I'll behave", I have to have an internal dialogue with myself.  It usually goes along the lines of, "If you don't do this, you will create a monster".  That is in conflict with the part of me who wants my child to like me and who hates to fall out with her.  What I have learned however, is that she still loves me even when she doesn't like me and within a matter of minutes, it has blown over and she is calm enough for us to talk about what happened and her understanding of why I took the action I did.  She usually tries to get me to change my mind one more time but when she's met with a "you know why I can't do that", that is the end of the matter.  We hug it out and she will often tell me that I'm now her 'best friend' again - the very thing I don't wish to be but it's her way of saying, "We're ok"..............until the next time.
Posted by Cliodhna Smith - Welcome Change Therapy at 08:39